You don’t have to be a runner to enjoy this book – just human. Going Long: Legends, Oddballs, Comebacks & Adventures compiles the best stories from Runner’s World over the years. Fair warning: have a box of tissues close by, especially when you read the section on inspirations.

David Wiley, editor in chief of Runner’s World and editor of Going Long writes about the stories included in this book: “To land in these pages, they had to go long and deep, transcending running as mere sport in some way, connecting it to larger themes such as fame, faith, family, love, and even life and death.”

Thirty stories are included and are separated into five chapters including inspirations, legends, true originals, the runner’s high, and adventures and investigations. Inspirations is the section I think non-runners will connect with the most. Stories show people recovering from 9-11, amputation and getting crushed by a bus with running. There’s the story of the father-son running and triathlon team where the father pushes his son with cerebral palsy along the way as they complete marathons and Ironman triathlons across the country.

The section on legends talks about the runners who have made running what it is and shows why so many everyday people love to take part in this sport. True originals takes more of a look at some of the colorful characters to have graced the sport of running the runner’s section consists of personal essays from runners themselves about what it takes to be a runner. Finally adventures and investigations looks at going to great lengths to report on running whether looking to find the Tarahumara Indian runners made famous in Born to Run or trying to trace the route Terry Fox made in his attempt to raise cancer awareness by running 5,300 miles across Canada before being cut short by the disease that would soon take his life.

I’ve been reading Runner’s World for a few years now, but all of these stories predated my subscription to the magazine so they were all new to me and I thoroughly enjoyed each and every story. Runners that enjoy the longer stories near the end of each Runner’s World mag will surely love this compilation of the best – even if you have seen a few of them before. 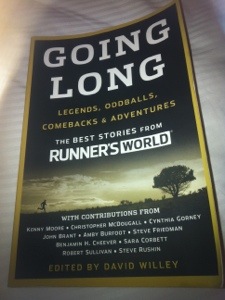 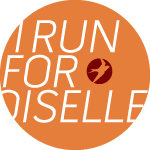 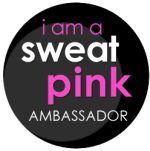